The sport of triathlon 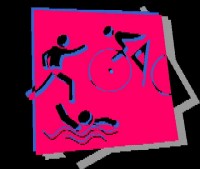 Triathlon is the combination of the three most popular endurance sports: swimming, cycling and running, and has been an Olympic sport since 2000. In Sydney, the Games open with the first Olympic triathlon competitions. The special feature of triathlon is that a certain distance is to be covered as quickly as possible with different means of transport, without any interruption and change intervals. This is the fundamental difference from other eventing sports that combine movement and dexterity, such as biathlon, or combine several activities, such as Nordic combined, decathlon or modern pentathlon. 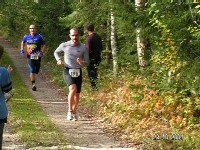 This sequence of three well-known sports practised across large sections of society as a leisure sport exerts a greater appeal for participants and, thanks to its versatility, offers a wide range of development opportunities. Triathlon meets the natural need for movement very well and therefore has a low inhibition threshold. It can be practised with little effort by different age groups and offers everyone a special sense of achievement through the goal to achieve their own performance limit to experience and end the competition. Triathlon is more than just the Ironman challenge that is always associated with it. Due to its versatility and the variation possibilities, it primarily offers fun in movement and the feeling of having achieved something. It increases self-esteem and offers a unique group feeling in relay competitions. Especially because of the variety, it offers the possibility to be carried out with little effort. All in all, triathlon is a good sport offering to combine condition abilities (especially strength and speed endurance), coordination abilities (especially adaptability), psychological abilities and skills (especially volitional abilities, concentration and mental training) and fun in the varied sport activities in nature.

The realisation that triathlon is fun motivates people to adopt a positive attitude and to engage in sports throughout their lives.
Triathlon can be used to acquire experiences that can be transferred to other areas of life. An example of this is the learning of mental endurance, which can be used positively in stressful situations at school and at work.

Triathlon offers an easy way to inspire young people and adults with its challenging character. The combination of three basic disciplines, running, cycling and swimming, which almost every person has done at some point in time or are integrated into everyday life by a large part of the population (e.g. riding a bicycle to work), offers extensive advantages.

Sports scientists agree that triathlon is a good alternative to early specialisation and early intensive training in only one sport.

Especially the positive effects in endurance training due to the strain on numerous muscle groups quickly become clear. Scientific studies have also shown that triathlon has a positive effect on coordination abilities even at school age; furthermore, the health aspect of aerobic training is significant. The unique sensations such as borderline experience, body experience, group and nature experience as well as the fun of exercise in connection with the health aspect form a combination that makes triathlon particularly interesting and attractive.

When children and adolescents have completed a competition over 100 metres of swimming, 2.5 kilometres of cycling and 400 metres of running, or adults have completed a triathlon, then they have created their own personal experience of success and can be proud of the performance they have achieved. This positive experience of approaching personal limits and overcoming them increases their self-esteem.

If you manage to transfer this experience to other areas of life, triathlon is an excellent motivational aid. Through the possibility of completing a triathlon as a group competition, a special group dynamic can be achieved. Mutual motivation, consideration and the common achievement of the goal offer new possibilities for social learning.

In addition to the “traditional” triathlon, the sports can be combined in many different ways.

But also the inclusion of cross-country skiing instead of swimming is becoming more and more popular. This so-called ‘winter triathlon’ consists of the following disciplines: Running – Mountain biking – Cross-country skiing.

Cross-triathlon, which is swimming followed by a break, cycling and running on unpaved paths is also an interesting alternative.

These variation possibilities offer further interesting perspectives for an attractive course design, which can be implemented according to local conditions.

Let us make you an appropriate offer e.g. in the context of a company fitness offering or a team-building measure!